By minsens-led General Comments Off on LED Lighting market to Worth USD 33.1B as Market Penetration Rate Hit 52% by 2017 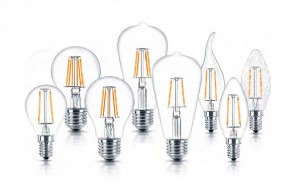 The latest analysis “2017 Global Lighting Market Outlook” by LEDinside, a division of TrendForce, finds that LED lighting market to worth US $29.6 billion in 2016 and is to rise to US $ 33.1 billion as of 2017. Meanwhile, the penetration rate of LED lighting is to reach 52%. Thanks to regional lighting development, LED lighting is to account for 23% of total lightings in Europe by 2016, which is the highest across the world. The second and third highest region are to be found in North America and China. However, Asia- Pacific region is to witness fastest growth rate in LED lighting.

According to the 2016 Global Lighting Market Report by LEDinside, a division of TrendForce, four LED specialty lighting applications that are attracting growing interests include horticultural lighting, surgical lighting, marine/harbor lighting and smart lighting. The combined market scale of these four applications is estimated to grow from US$4.36 billion in 2016 to US$16.4 billion in 2020, with the CAGR during this forecast period reaching 30%.

LEDinside, a division of TrendForce, reports in its “High-end commercial and track lighting market” that the market scale of two frequently used luminaires for high-end commercial lighting, namely Downlight and Projectors and Reflectors (Par& Rs.) separately reaches US $1.88 billion and US $1.54 billion in 2016. It’s projected that the market scale of Downlight is to reach US $2.01 billion and Projector and Reflectors at US $1.59 billion in 2017.

Scale of LED Industrial Lighting to Reach US$2.9 Billion in 2016 as Explosion-Proof Lamps Become the Focus of Demand, Says LEDinside

The LED industrial lighting market has enjoyed accelerated growth in recent years owing to the rising demand worldwide and government subsidies, says LEDinside, a division of TrendForce. According to LEDinside’s latest report, 2016 Industrial Lighting: Explosion-Proof Lamps, the market of LED industrial lighting is forecast to grow from US$2.93 billion in 2016 to US$5.20 billion in 2020, representing a CAGR of over 15% during the five-year period.

Explosion-proof LED lighting is used in hazardous environments where petrochemical vapors, explosive gases and/or combustible dusts exist. “In addition to having a critical role in the operation of the petroleum industry, explosion-proof lighting also has sizable market shares in other lighting applications including mining, transportation and military,” said Joanne Wu, assistant research manager for LEDinside. “The outlook for LED explosion-proof lighting is especially favorable this year on account of the strong replacement demand.”

The most fatal shortcomings of LED lamps: LED lumen attenuation

The most fatal shortcomings of LED lamps: LED lumen attenuation   LED lights has now become the mainstream lighting equipment, but LED lights have a problem, you will find your LED lamps will be dark with the use of time, may be the second year only... read more